To share your memory on the wall of Jean Guy, sign in using one of the following options:

A native of Laurel Hill, North Carolina, Mrs. Guy was born on September 5, 1928, the daughter of the late Howard Smith Sr. and the late Eula Gibson Smith. Mrs. Guy previously attended Lost Mountain Church of God. She enjoyed reading her bible and sewing. She was preceded in death by her husband, Gurney Guy in 2003.

Per Mrs. Guy’s wishes, she has been cremated and there are no services planned at this time. Mrs. Guy will be interred next to her husband, Mr. Gurney Guy at Georgia Memorial Park.

There are no events scheduled. You can still show your support by sending flowers directly to the family, or planting a memorial tree in memory of Jean Guy (Smith).
Plant a Tree

We encourage you to share your most beloved memories of Jean here, so that the family and other loved ones can always see it. You can upload cherished photographs, or share your favorite stories, and can even comment on those shared by others.

Plant a Tree in Memory of Jean
Plant a tree 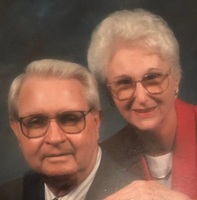